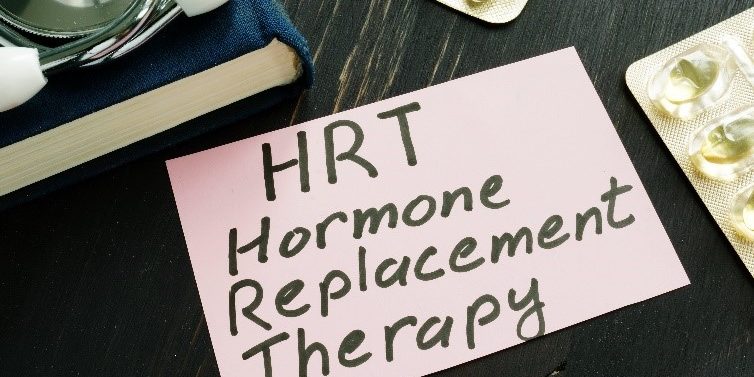 After my hysterectomy, I crashed. Why didn’t someone warn me about this? My OB doctor ignored my concerns, and my family doctor put me on Premarin®, which helped some. The antidepressants made me worse, and I gained 20 pounds. Finally, my sister forced me to try her natural hormone program, and I can’t believe the difference. I’m back to where I was before the hysterectomy, and the depression is gone. Estrogen restored my sense of well-being. ~Lisa, 40

It is a part of steroid hormones that promote developing and maintaining female characteristics. It helps develop and maintain the reproductive system and female characteristics. The hormone contributes to cognitive health, cardiovascular system function, bone health, and other body processes. Estrogen affects almost every tissue or organ system in the body. Estrogen does increase HDL cholesterol (the good kind) and decreases LDL cholesterol (the wrong kind.) Estrogen is the hormone that protects against

Why All the Problems with Estrogen Therapy?

Menopause brought hormone replacement into the limelight. For over forty years, doctors prescribed estrogen to women with menopausal symptoms of hot flashes, vaginal dryness, concentration problems, anxiety, and insomnia. Estrogen replacement therapy was so effective at the time that women continued taking the hormone even after menopause. As a result, women felt better, looked better, lived longer, and had happier and healthier lives. They experienced stronger hair, smooth skin, and improved muscle tone. In addition, estrogen replacement therapy decreased the risk of osteoporosis, colon cancer, and heart disease. These benefits caused doctors to look favorably at hormones’ role in aging and health.

Later, sensationalized and misinformation about estrogen replacement therapy caused women and their doctors to be confused about hormone therapy. For example, in 2003, The Women’s Health Initiative study claimed an increased risk of strokes, heart attacks, breast cancer, and dementia were caused by hormone therapy. As a result, women stopped taking their estrogen therapy, and doctors had no answers for the dilemma. Again, the problem was the misinformation in the study.

The WHI1 study did not explain the complications of taking synthetic estrogen, not natural estrogen.

For many years doctors and women discussed menopause as a time of life when you transitioned into old age. Now we know that menopause is a rite of passage into second adulthood. Women can live up to 40 years beyond menopause. This time needs to be a time of attention and research and for women to find the resources to enrich their years to come.

Recently a 40+-year-old friend was lamenting that she was pre-menopausal. She cried that her hair was falling out, her nails were breaking, and her bones were tired. Finally, she cried, “I don’t want to get old.”

What is the answer for thousands of women who want to avoid a dramatic slide during and after menopause? Estrogen and progesterone hormones are the answer. These hormones are not only effective but have been shown to help women become energized.

Estrogen is the essential hormone that confronts the uncomfortable symptoms of menopause and helps women maintain a youthful environment with their bodies. Natural estrogen replacement therapy bolsters bone health, prevents heart diseases, and protects against Alzheimer’s disease. It is your safeguard from the symptoms and signs of aging.

The benefits of the therapy outweigh the risks. However, suppose you do not optimally replace estrogen after menopause with bio or natural estrogen. In that case, you will suffer the symptoms listed. In later studies and clinical trials, the studies conducted by the WHI in 2003 were finally explained to be based on synthetic estrogen. Further studies proved that risks have never been seen with bio-identical estrogen.

Do not fear estrogen – the loss of estrogen with menopause or hysterectomies. If it is a harmful hormone, every woman’s ovaries would be removed at age 30. Instead, every effort is taken to leave ovaries in place for as long as possible. It has been found that leaving the ovaries does not cause women to experience symptoms of heart disease and bone loss. Studies prove that estrogen and other hormones are beneficial, and ovarian function must be preserved as long as possible. It is after the ovaries stop working, we can optimize levels using natural hormone replacement.

Women lost estrogen and suffered from hot flashes, vaginal dryness, mood swings, depression, and bone loss. The medical answer was to take synthetic hormones for relief. However, unknowingly, doctors prescribed harmful substances and did not research a safe, natural alternative.
There are risks when taking synthetic estrogen. For example, the Women’s Health Initiative study of 2003 focused on synthetic estrogen Premarin® and Provera®. Different parts of the study using various combinations of these drugs were run, and breast cancer was detected in some studies. However, the breast cancer risk was only attributed to the Provera® portion of the research.

In the estrogen-only study, there was a slight increase in the risk of stroke in older women 65 and older who started HRT after age 65. This problem was not seen in women under 60 or those who began the therapy within five years of menopause. It was, however, proven repeatedly that heart disease and strokes in younger women who took estrogen alone were decreased.

Additional studies confirm Premarin®; horse estrogen increases clotting in arteries in the heart, legs, and lungs. Other studies have also proved this problem, but at the same time, studies found that natural estrogen did not increase clotting risks.

The facts of this study were misrepresented and stressed the damages were all caused by hormone therapy. The culprits that have been proven repeatedly are synthetic progestin and horse estrogen Premarin®. Natural estrogen and natural progesterone are not the problems.

Additional studies have proven the long-term benefits of hormone therapy. We have trained doctors to prescribe natural bio-identical hormones in the exact dosages needed according to your blood and body, not synthetic hormones.
Begin bio-identical replacement therapy when your hormones decline. Natural or bio hormone therapy prevents a lapse in estrogen’s benefits.

Confusion over definitions remains. The adjectives natural or synthetic are different. Many doctors incorrectly assume all hormones are the same and other doctors state that natural hormones are worthless. When reading or discussing hormones, know that bio-identical hormones match the chemical makeup of the hormones in your body.

The word “natural” often refers to products derived from plans and sold in health food stores. However, fruits, vegetables, grains, nuts, and herbs do contain minor estrogenic capabilities, but when looking to increase your health-related to hysterectomies or menopause, look for bio-identical hormones that match the body’s hormones.

The synthetic hormones, Premarin®, from a pregnant mare’s urine differs significantly from human hormones. These synthetic hormones will cause problems and are not sympathetic to human bodies.
Bio-identical hormones are the same as human hormones. They are molecularly identical. They are produced from a natural plant source, and their identical chemical structure to estrogen makes them a natural for hormone replacement therapy.

To learn more about bio-identical hormones, their use, and how they can help you, contact Medical Weight Loss & Hormone Clinic at https://medicalweightlossutah.com or call 801-393-3586.

Mental Health and the Thyroid
March 27, 2021
Recent posts
Get in touch!